Requiem is a story based RPG in which you play a gravedigger, the only remaining inhabitant of a cursed village deep in the mountains called Dunstan. You have sworn to find out why the village is haunted by all those restless souls that are now roaming around the tunnels of Dunstan and to put them all to rest. 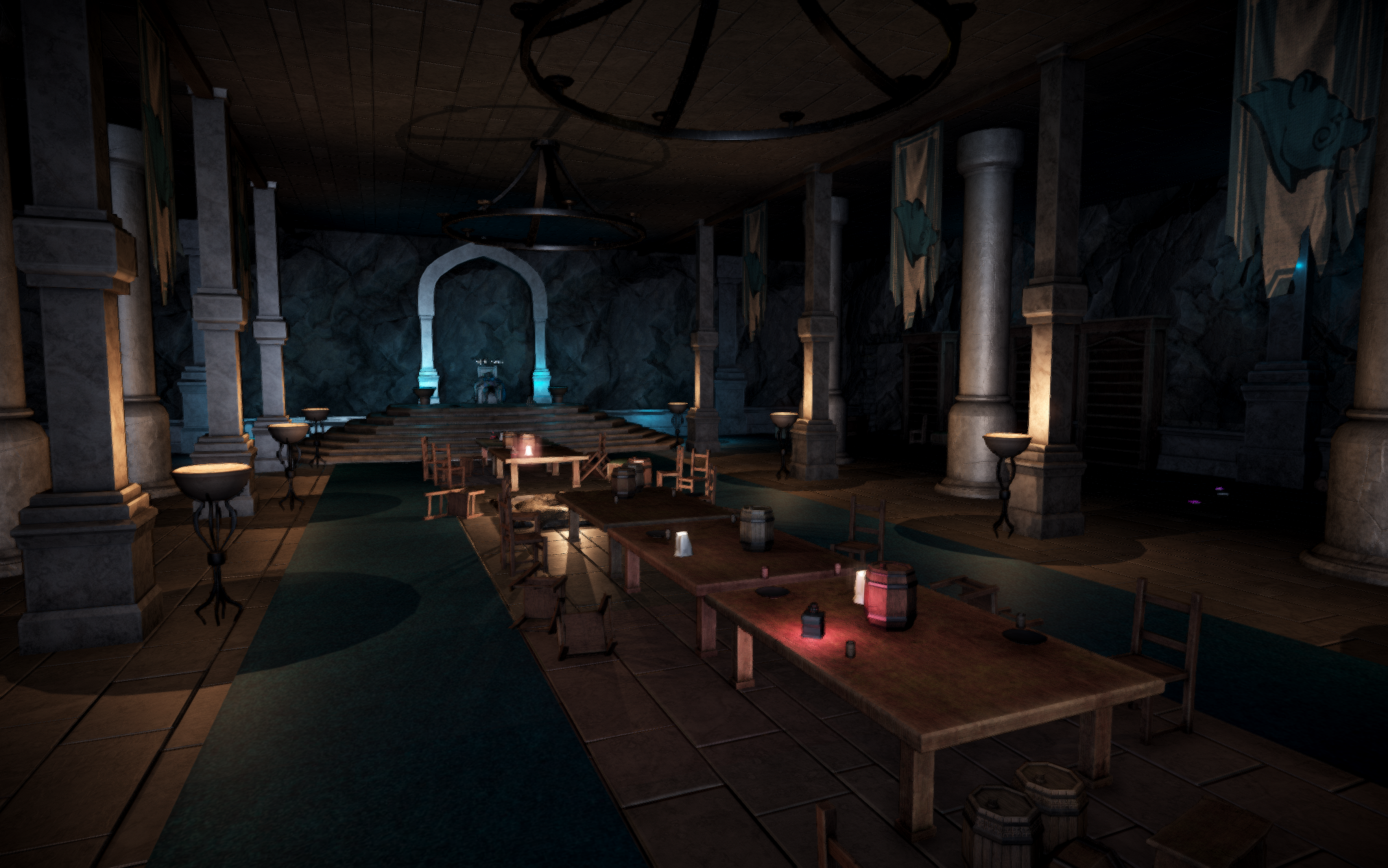 Requiem was the first university team project that required the use of Unity3D and was settled in the last quarter of our first year. We were given three weeks of time for development with a team of four designers/artists and two programmers. Since this project had no specific topic other than the requirement to create a game in Unity, so we came up with a game idea everyone of our team members liked to develop and tried to include some inspiring elements from Dark Souls.

The enemy AI in Requiem mainly uses the Unity build-in NavMesh for both the melee and the ranged enemy type. By the default the enemies patrol between waypoints specified by the designers. As soon as the player is in sight range of an enemy, it will leave its waypoints and attempt to get in combat range in order to hurt the player. If that happens the player has two options: He can either kill the enemy and take the risk of getting damaged or he can attempt to run out of the aggro range which would cause the enemy to return to patrolling between the set waypoints again and give up chasing the player. 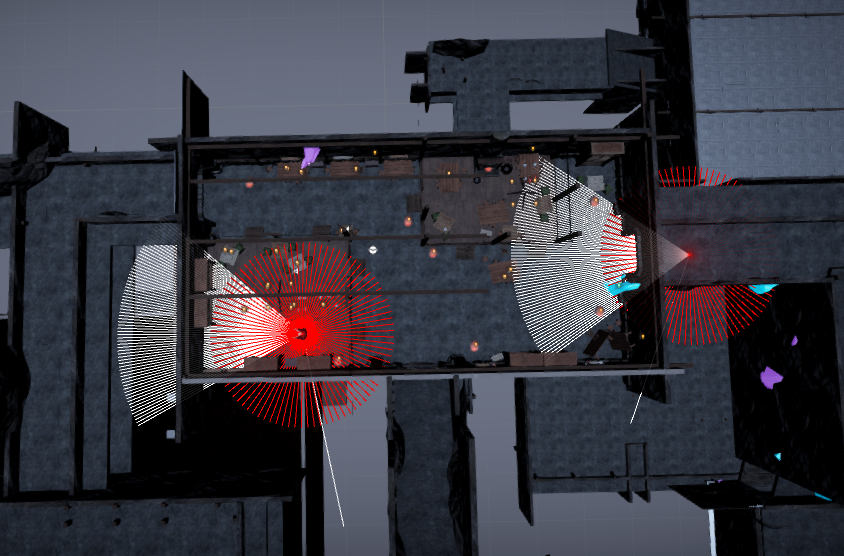 Since this game is pretty much relying on a story the designers wrote, we wanted to give the player the options to interact with certain items or NPCs to inspect or talk to them respectively. When inspecting an item, the player can take a closer look at it by rotating it and looking for a hotspot. By hovering above this hotspot with the mouse cursor, the player gets a lore text specifically about this item. When talking to a NPC, the player will look at it and a monologue of the NPC containing some lore will start. All these lore information could be changed by the designers in a .xml file I provided and then loaded into the game. Apart from these special interactions with lore items and NPCs, players can also pick up usable items like health potions to restore health and keys to unlock doors. 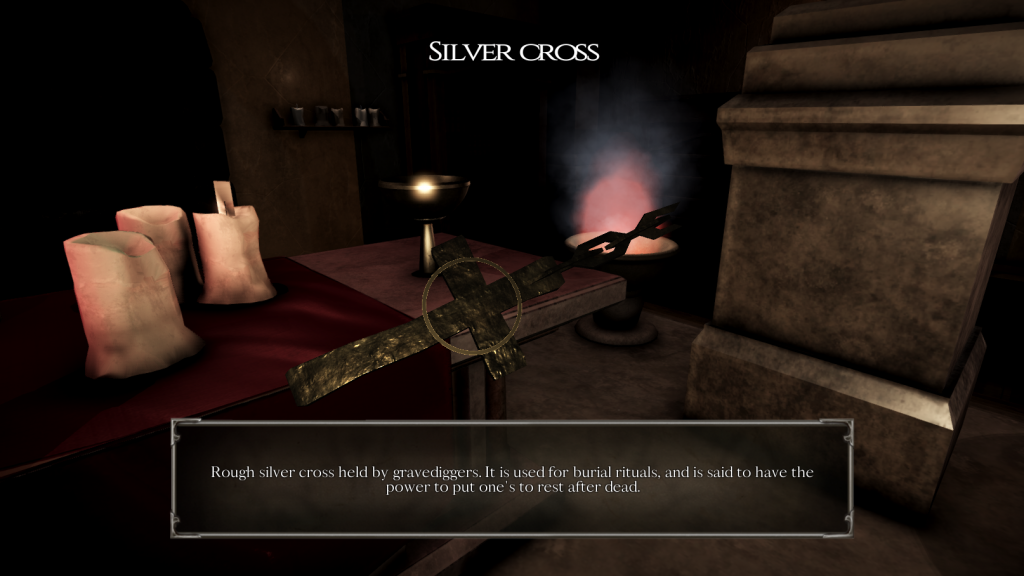 The audio implementation in this project was pretty straight forward since we just play an audio file whenever a specific game event happens. We added a few reverb effects for some areas to give a better feeling for actually walking around in tunnels inside a mountain. For the UI, we generally wanted to hide the health bar and only display the most important items as well as the crosshair at all times so that the player can pay more attention to the environment and his surroundings to find keys which he needs to advance through the tunnels. The healthbar only gets displayed when the player either takes damage or when he gains health by using one of his collected health potions. 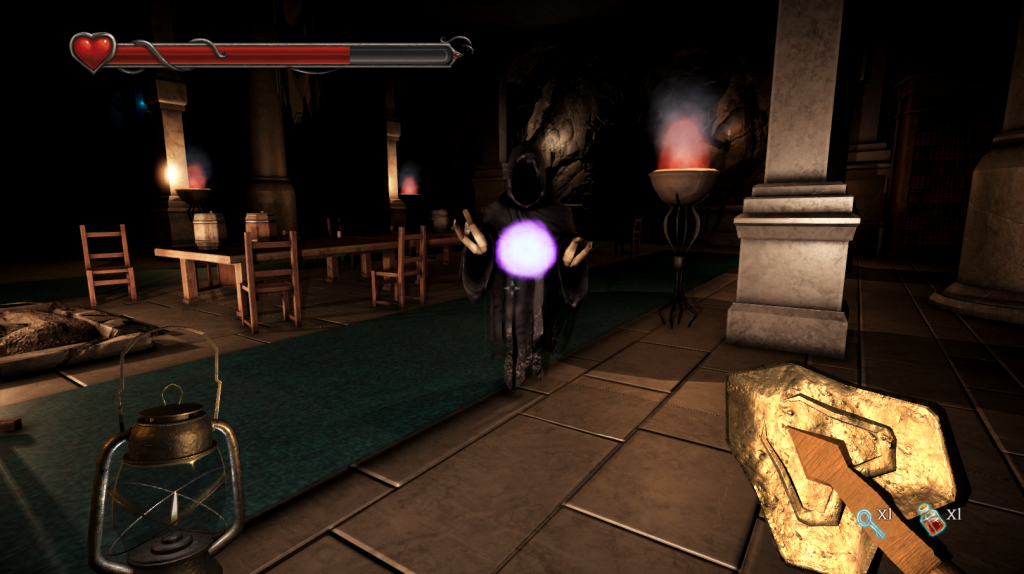 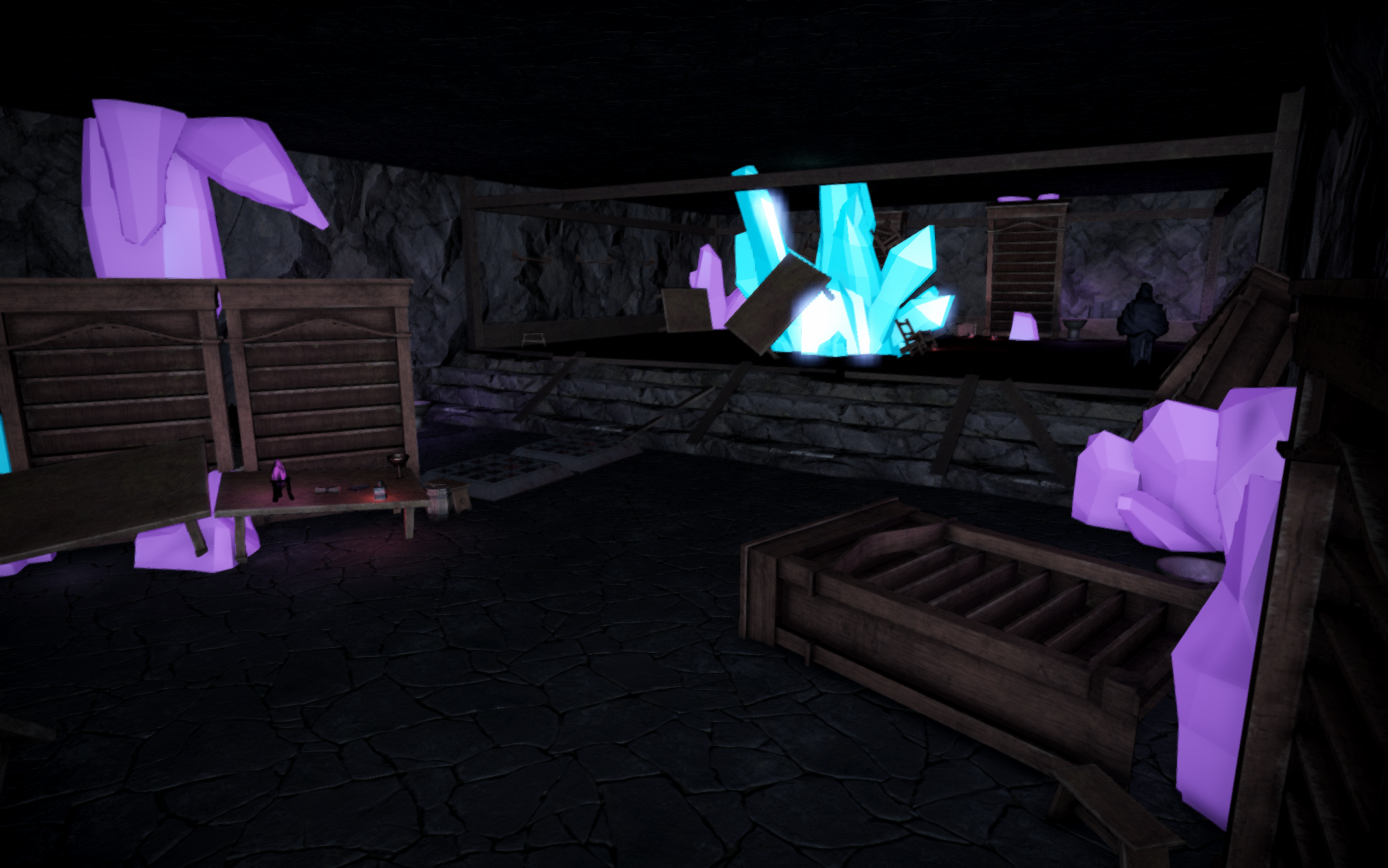 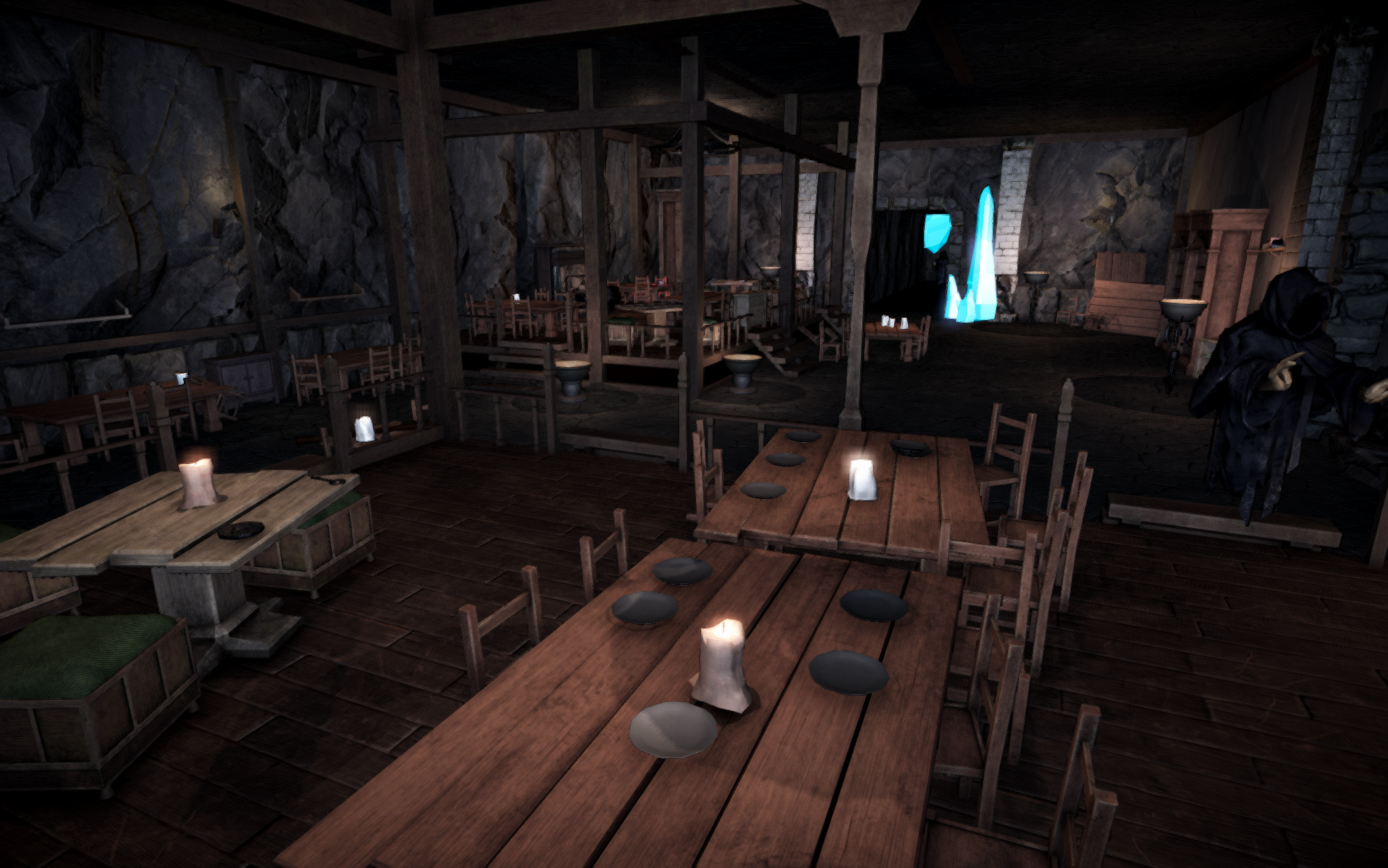 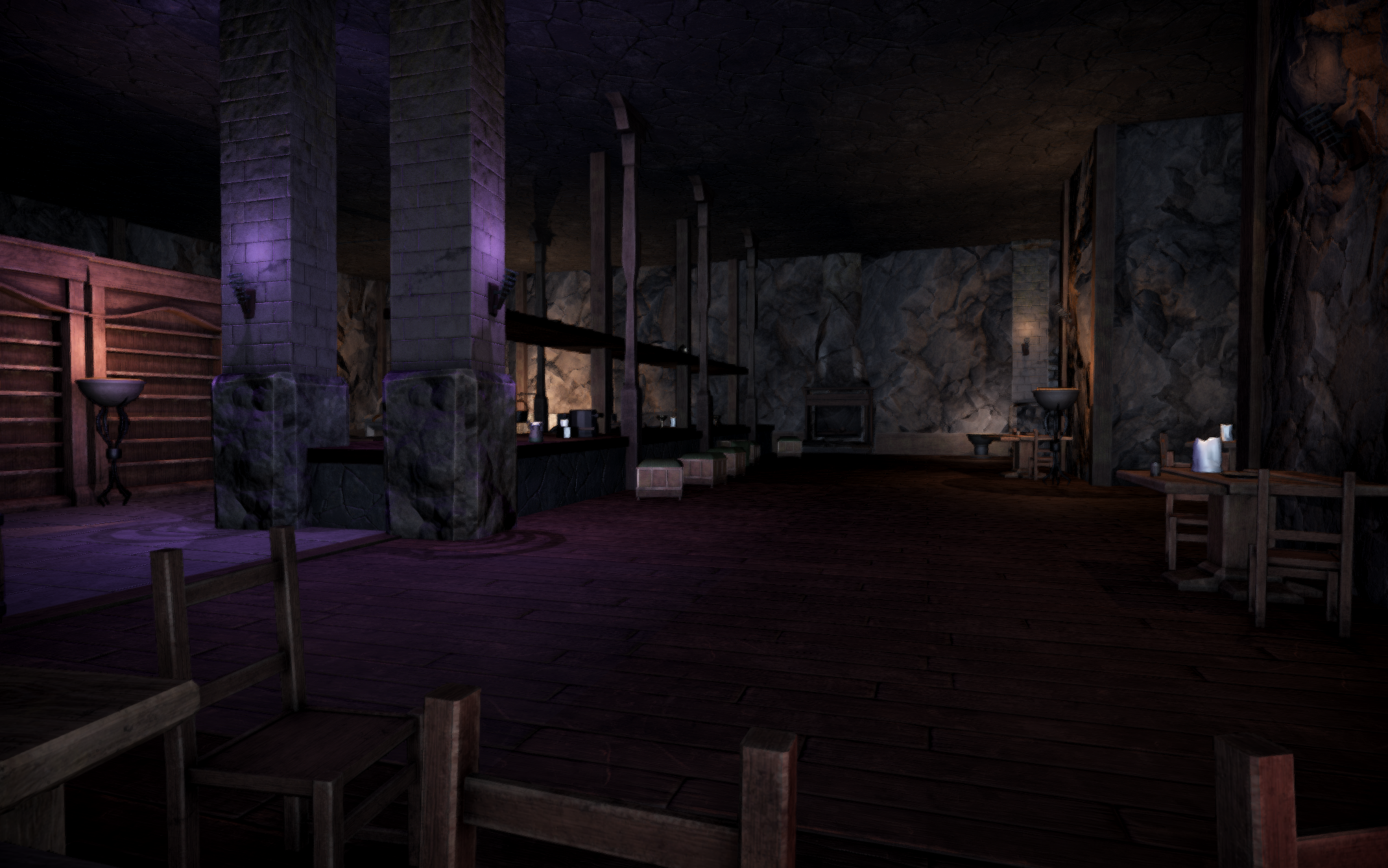 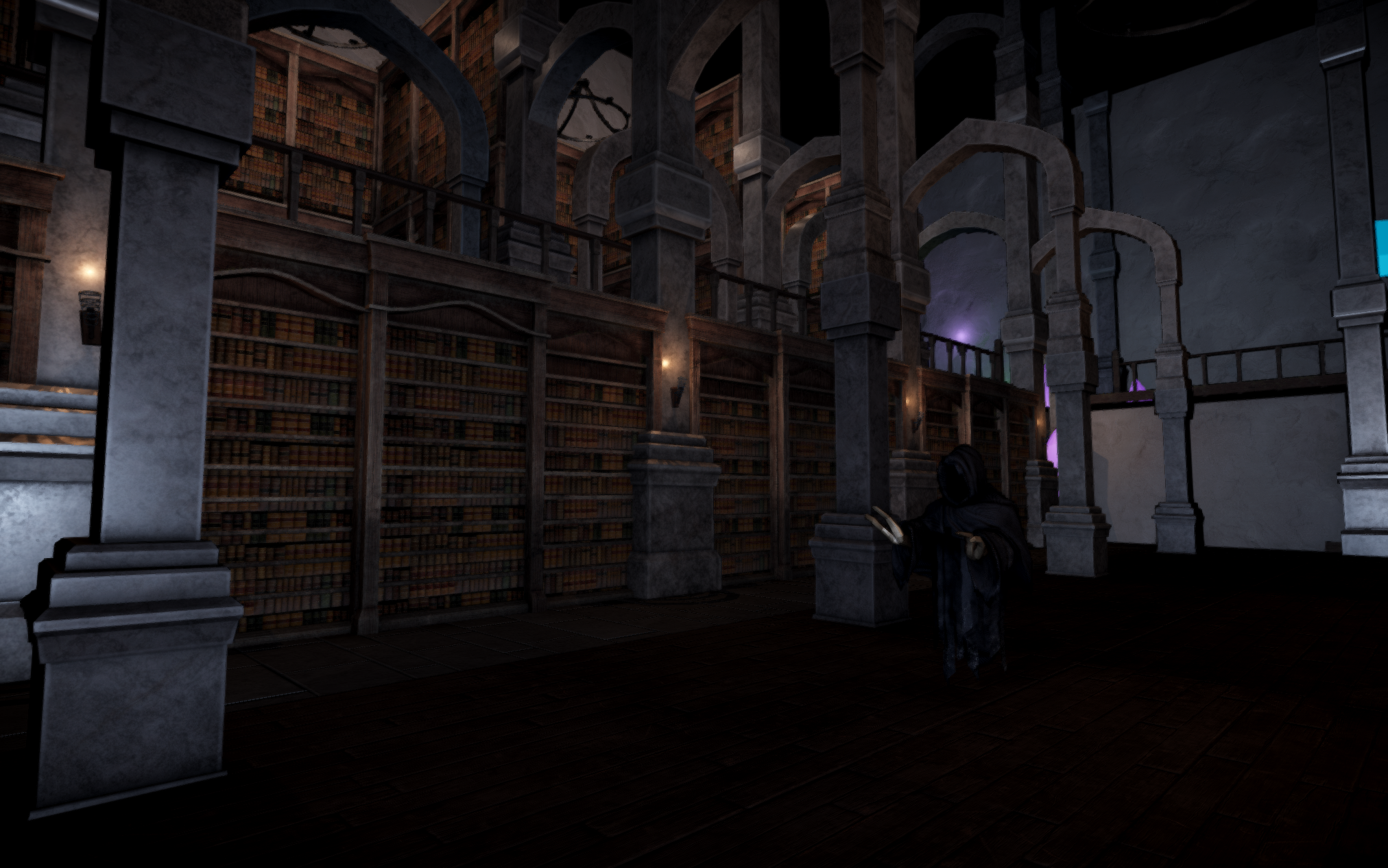 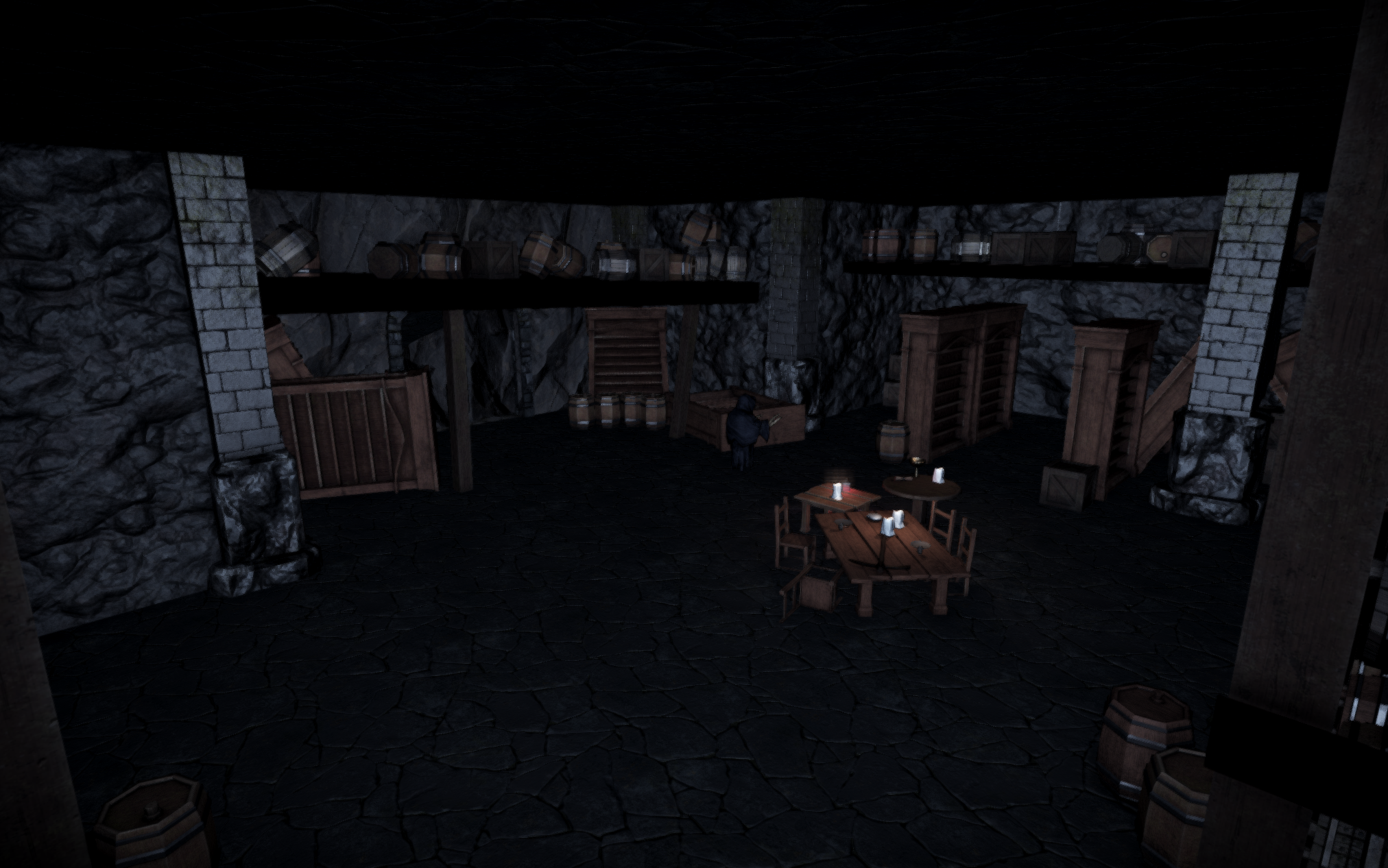 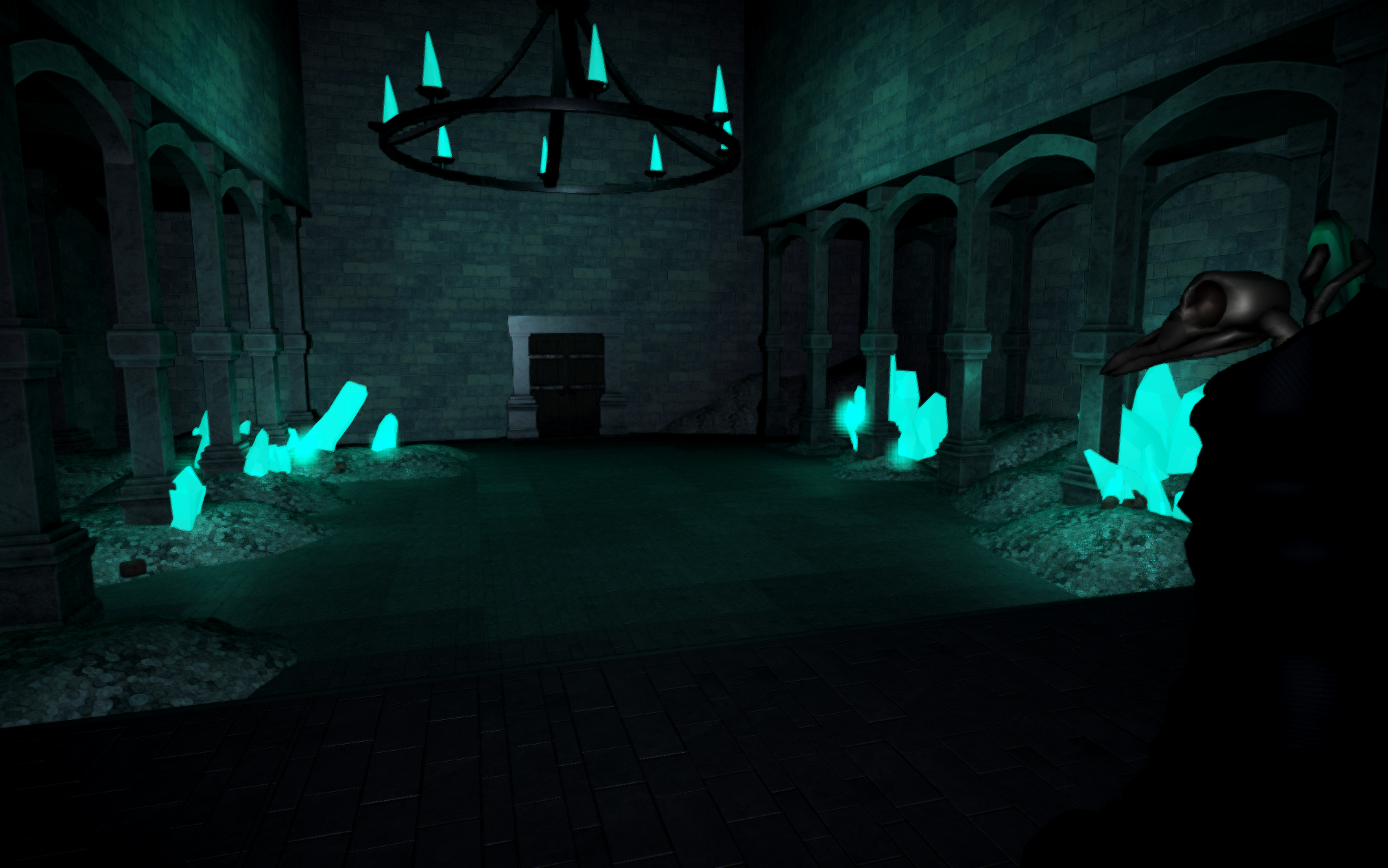 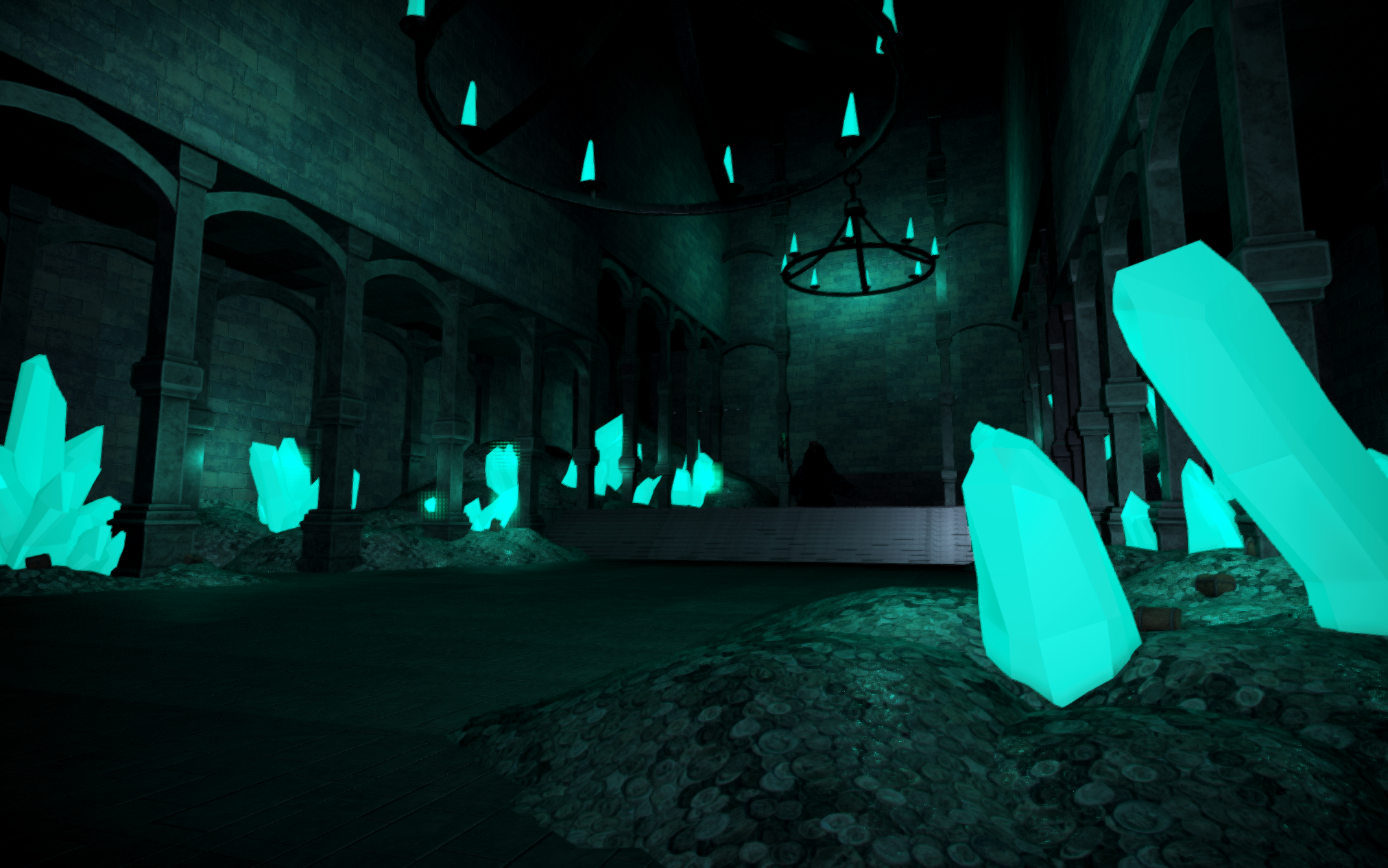